It is that time of the week again. More bad book covers….
(Previous Bad Book Covers: One, Two, Three and Four)

The Deep by John Crowley
This cover depicts an alternate universe where British Leyland survived the 80s and went on to make spaceships. I know this because of three things.
1. The electrics are shot.
2. The interior is lined with awful leather.
3. I haven’t seen anyone this angry at a vehicle since my uncle Frank’s Austin Maxi spat its gearbox out during a family holiday.

Tribesmen Of Gor by John Norman
I could easily start a blog called Bad Book Covers Featuring Monsters Carrying Unconscious People… But I’d have to look pretty hard for covers where they had used misty foliage to hide the fact that they’d done the monster’s legs waaay too short. Extra marks for the typeface though. 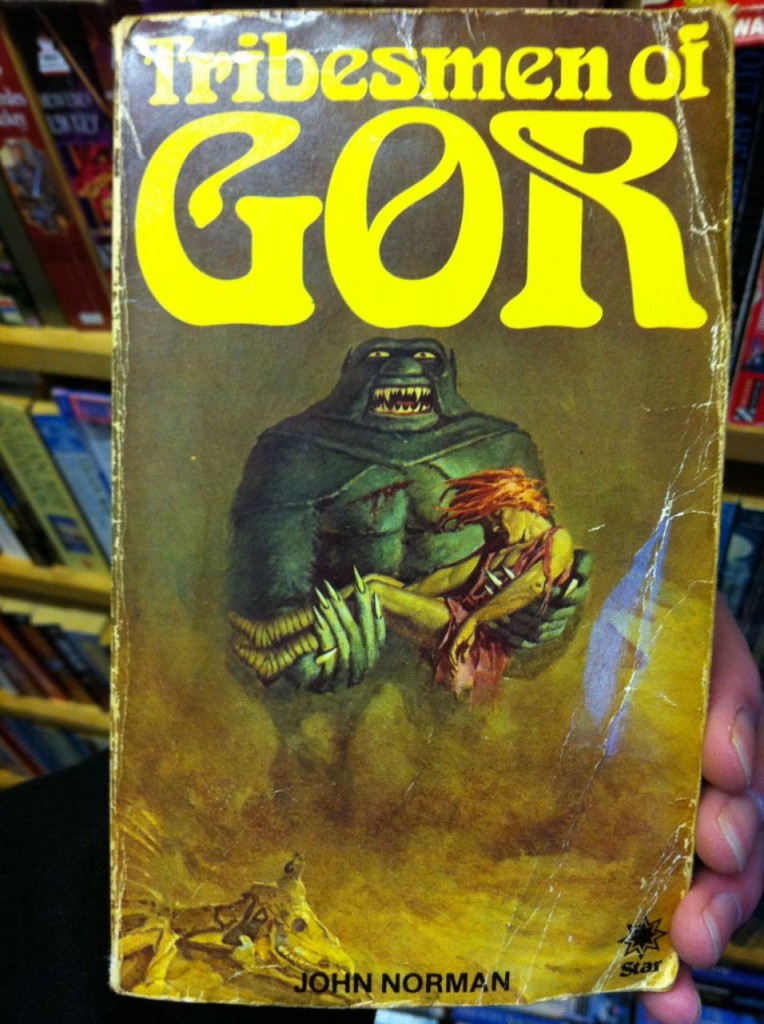 The Judas Rose by Suzette Haden Elgin
Ignore the giant insect. Ignore its coochy-coo tickling fingers. Ignore its eager pink tongue and the fact that its antennae are nearly touching the child – Ew! 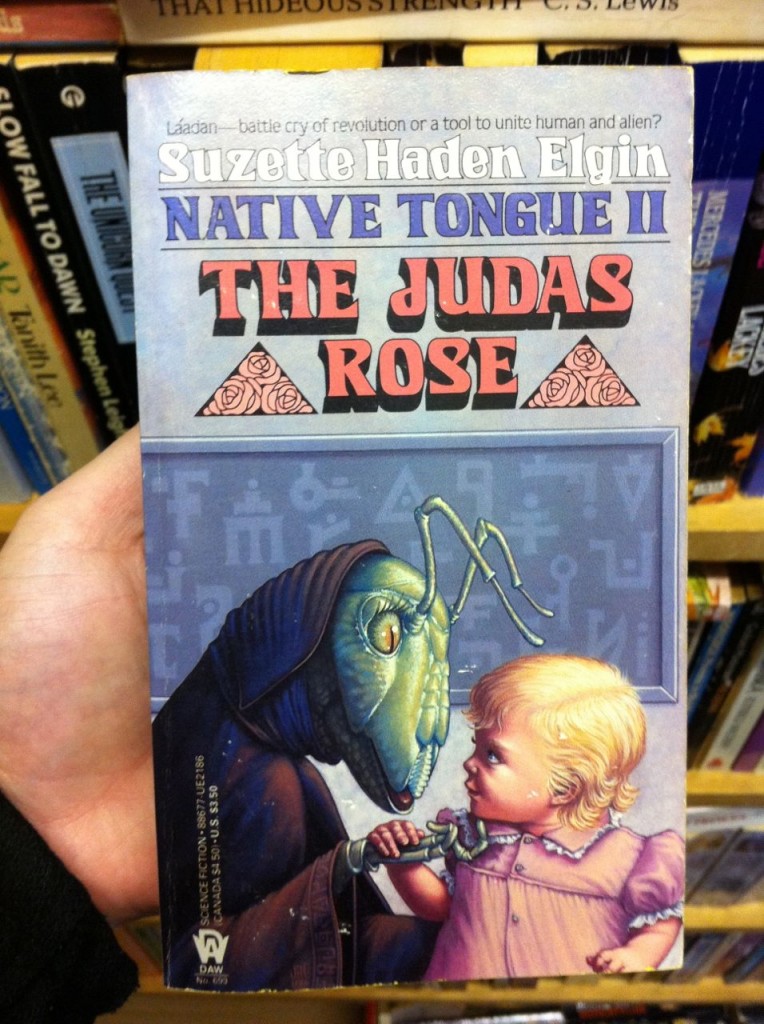 The Thirteen Bracelets by Robert Lory
It is hard to work out what the original brief for this artwork was. “I want it to have two half-robots, one black and one white, but make it edgy – think ‘Kraftwerk vs Blaxsploitation’. In a sparky egg. An atomic one. Put a woman in there, make her sexy – but no boobs.” Etc Etc.

I rather suspect the artist got sent three different briefs by accident and just painted them all. 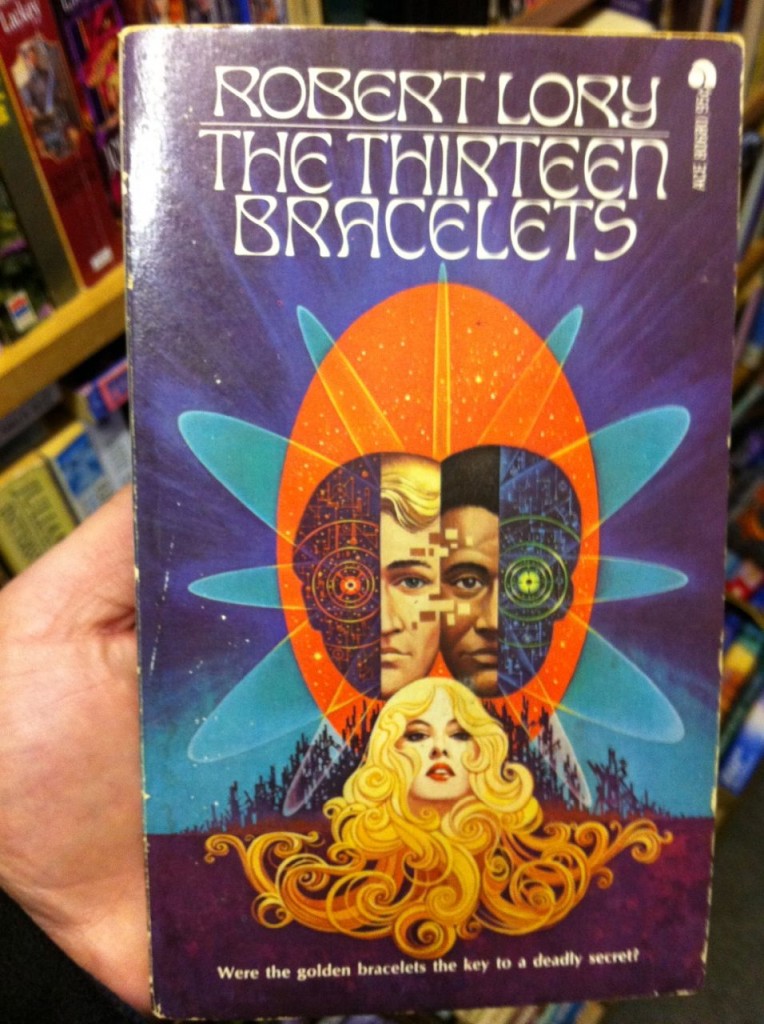