When I discovered Links With Old Nottingham, an old (1928) book about interesting places in an around Nottingham, I visited many of the places mentioned (or in many cases, the places where they used to be).

One place that always interested me was The Murder Stone, but it also eluded me as it was a good way out of town. Then, for 3 months I worked as a freelance artworker in Mansfield, and every day I passed the place where it was supposed to be. One day I finally caught a glimpse as the bus whizzed past – and I resolved to visit it soon. 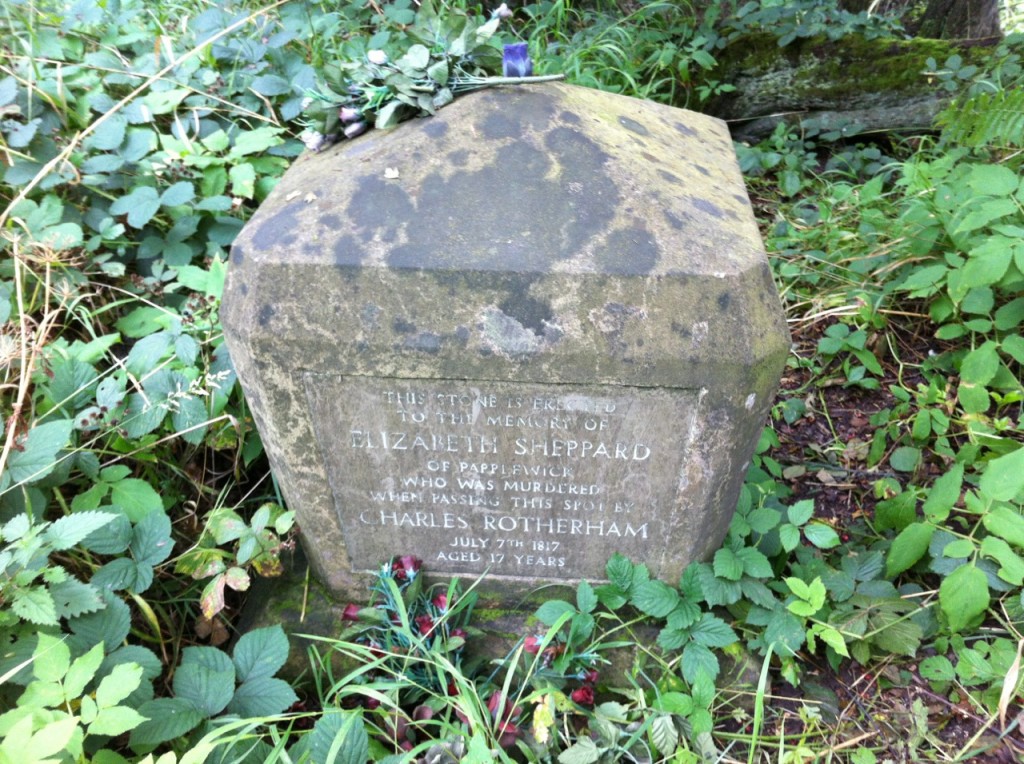 Notice the flowers? I wonder who leaves them. The story behind it is as follows, quoted from Links With Old Nottingham (which is online here).

OF all the thousands of people who pass along the Nottingham-Mansfield road during the year, very few notice that at the foot of the rise leading up to Harlow Wood, where the new Orthopaedic Hospital stands, there is, on the eastern side of the road, a stone which, to all appearances, is a tombstone. Of the few people who notice this stone, stilt fewer know its story.

It commemorates a young girl of the name of Elizabeth Shepherd. On July 7th, 1817, this girl left her home at Papplewick, and went over to Mansfield to seek for employment. Towards the evening her mother, having gone out to meet her, saw her returning along the road, and, turning back towards Papplewick, she expected that in due course her daughter would overtake her. However, she did not, and upon a search being made, her body was discovered lying on the spot where this memorial is now erected.

A hue and cry was raised, and a ne’er-do-well called Charles Rotherham came under suspicion. This suspicion deepened into conviction when it was discovered that he was in possession of a cotton umbrella and a pair of shoes which had been worn by the unfortunate girl.

Rotherham was duly executed and a memorial was erected to Elizabeth Shepherd, which still stands and bears the following inscription:

This stone is erected to the memory of Elizabeth Sheppard [sic], of Papplewick, who was murdered while passing this spot by Charles Rotheram [sic], July 7th, 1817. Aged 17 years.

The picture that accompanies this is of a different stone, suggesting that the one above is a 20th century replacement. The spellings of the surnames differs on the two stones, and in the various accounts. Should you wish, a quick Google will reveal the gory details of the murder, but I wont link to them here.

Update: The person responsible for maintaining the stone left a comment – here’s what he had to say…

Hi, I’m Richard and also the stonemason who restored the Sheppard Stone.
The old black/white picture was taken many years ago when it was restored then.
The slate plaque with the inscription on which you see today facing the road was made because it would simply last longer,
Because this kind of sandstone weathers rather easily it wasnt a good idea to keep working a flat face back into the stone to re- cut a new inscription, before long the stone would get smaller and eventually there would be nothing left.
So I decided with slate lasting virtually forever I would cut the inscription on and sink it into the stone (prevent anyone prizing it off).
I would like to mention that the slate plaque was fixed to the opposite face facing the woods as this was the best face, then I swivelled the stone around so the original inscription faced the woods, I left it like that for awhile but then decided to work the orginal face off so now only the slate plaque with the inscription remains.
So for many years the inscription will remain readable and the stone wont get any smaller. 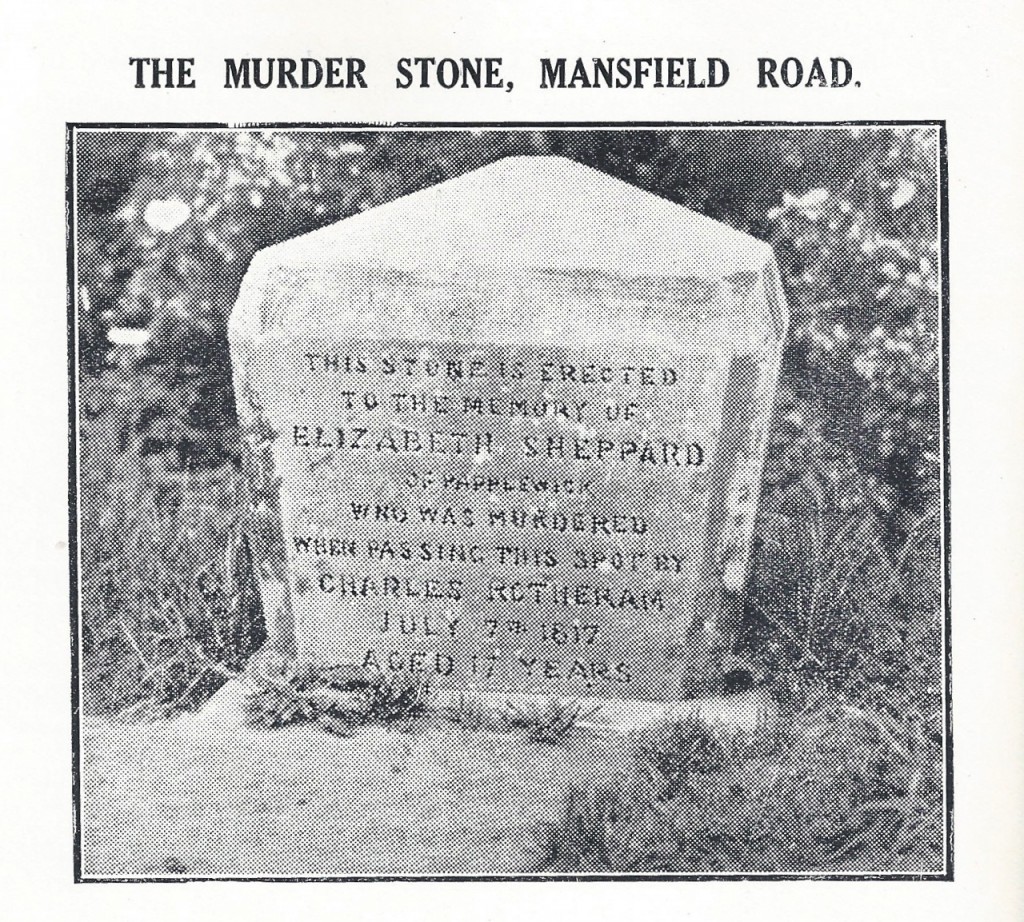 Should you wish to visit, it is on the A60 between Ravenshead and Mansfield. Heading North, stop just as you enter Harlow Wood (there is a track with a barrier where you can park a car) and the stone is on the right, just as the wood begins. It is set down from the road (presumably at the level of the road 200 years ago) and about 2 metres away from it. The view north from the stone, and a Google map follow.

View The Murder Stone in a larger map 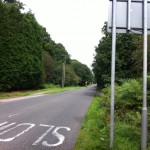 9 Responses to The Murder Stone