During my recent quest for alleyways to #wander, I discovered that there are surprisingly few left in Nottingham. It seems that it has been common practice to either gate them off, or extend shop façades to cover the alley.

For example, the area on Nottingham between Long Row North and Upper Parliament contains a large number of buildings that do not face the street, or have any public access. It must be a warren in there.

One surviving public right of way through this area is called Hurt’s Yard. 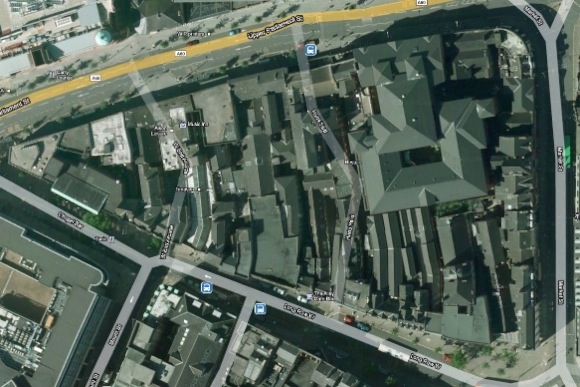 The unremarkable upper entrance to Hurt’s Yard is from Upper Parliament Street, it has obviously survived many many changes of the building surrounding it. 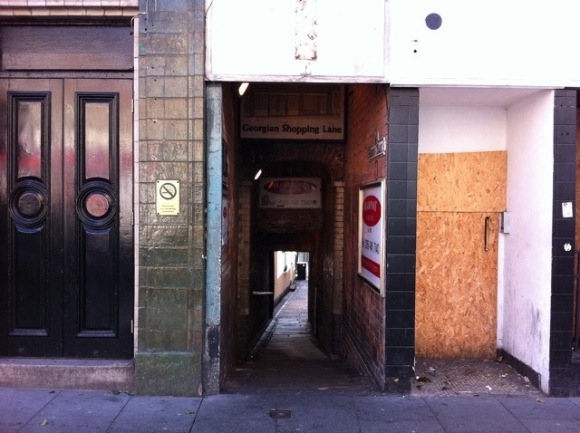 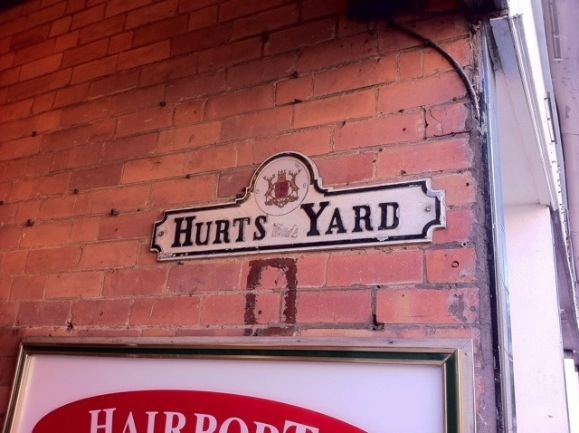 There are at least 4 ‘ceiling’ levels in the passageway leading to the alleyway. 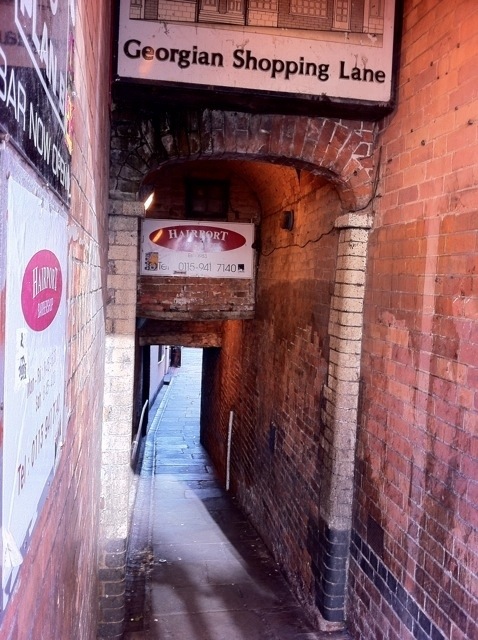 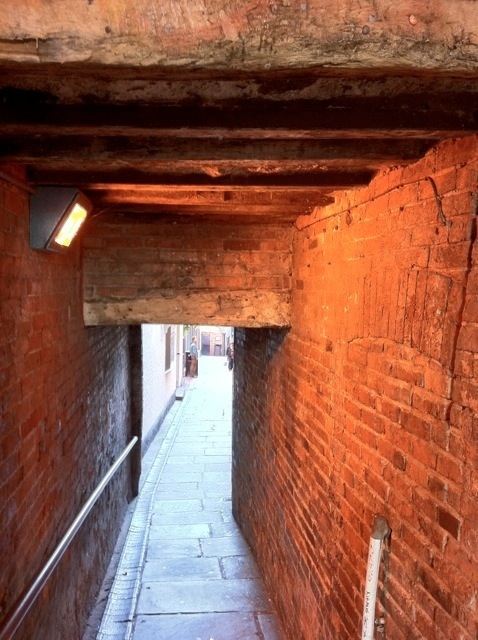 Old timber – and presumably rather newer plaster – is exposed on the ceiling. 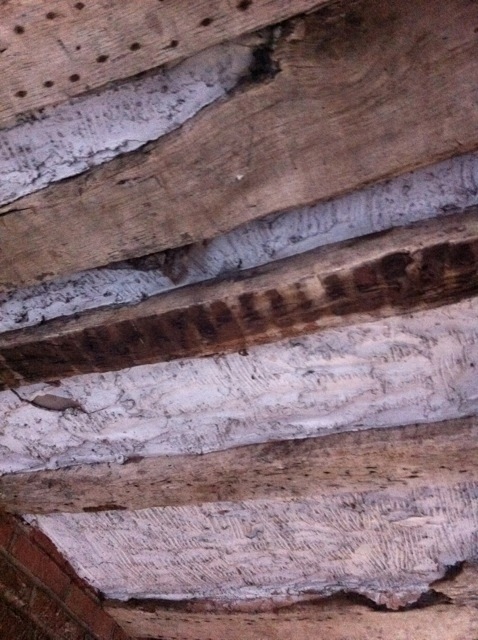 Turning round, I walked backwards down the passageway… 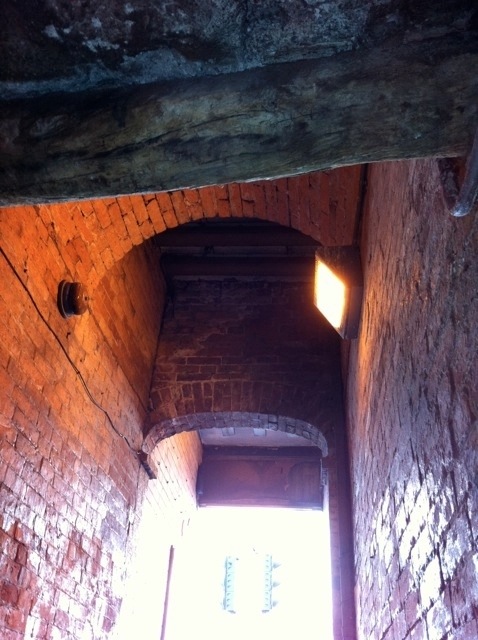 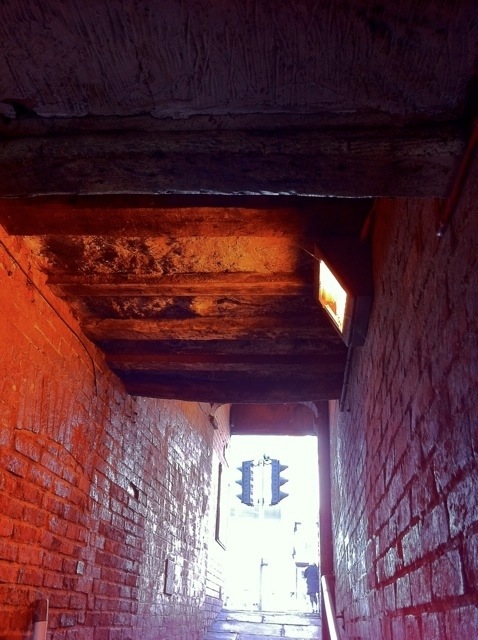 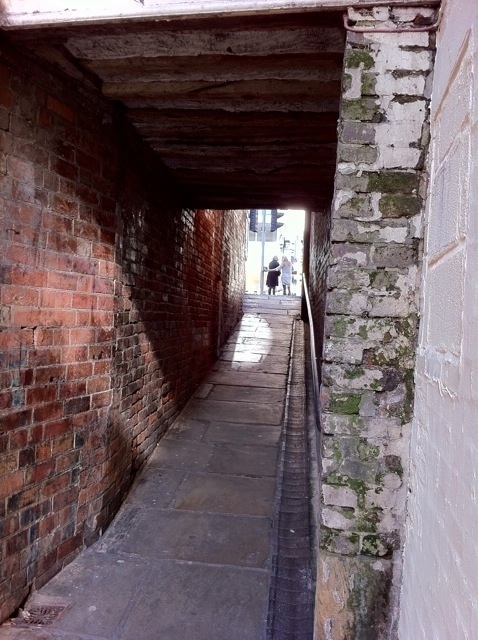 And two more shots, moving away, to show the other end of the passageway. 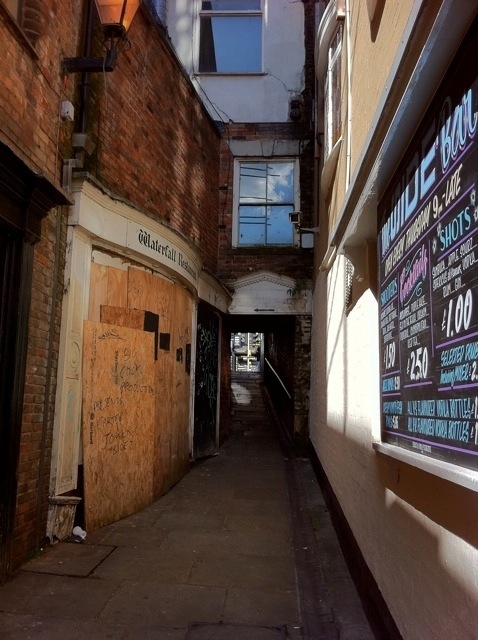 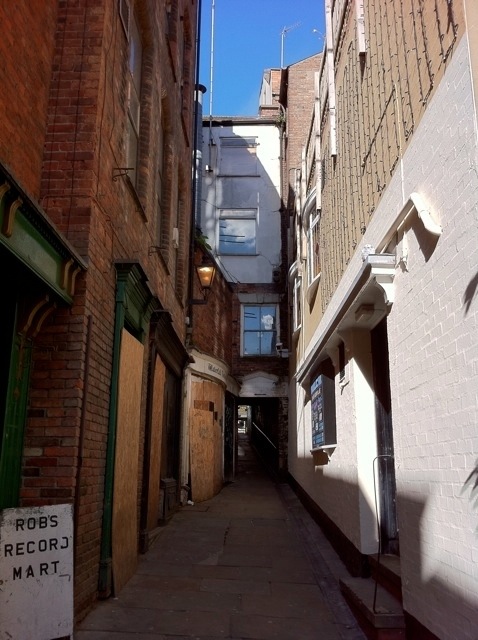 It is clear that Hurt’s Yard hasn’t been a commercial success since it’s late 20th Century regeneration. It has more closed and abandoned shops that it does working ones.

This partially burned-out building has scaffolding, but nobody working on it. 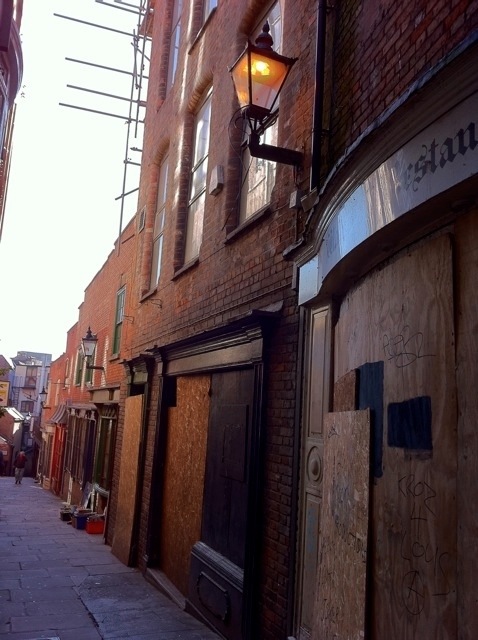 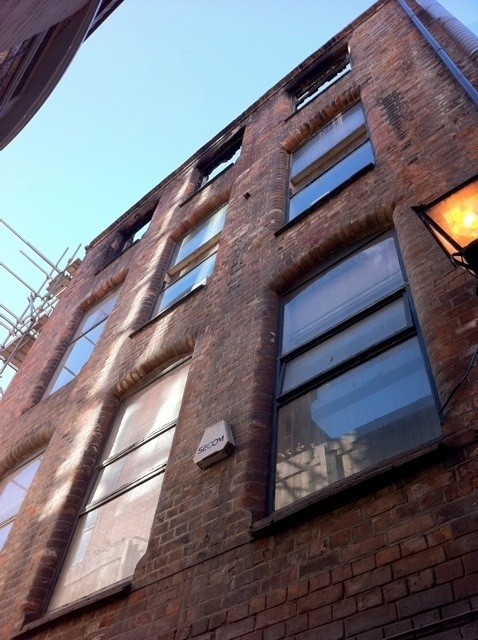 This is Robs Records Mart – it is bursting with vinyl, and is apparently rather famous amongst Nottingham’s music aficionados. 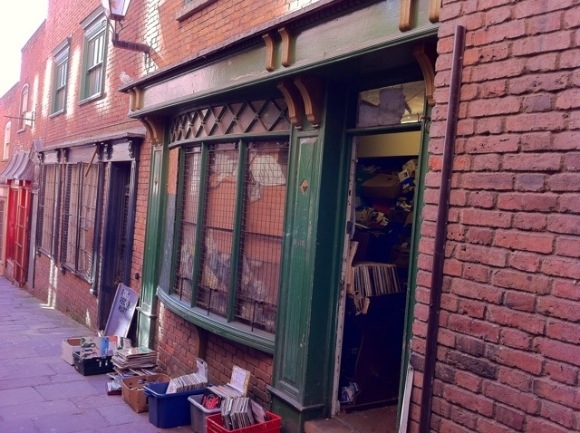 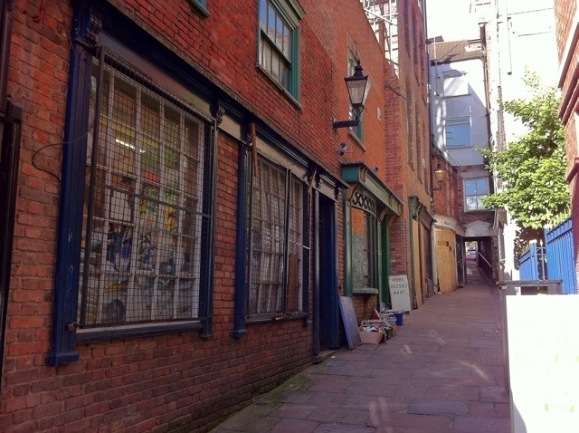 Walking further down reveals a short terrace of beautiful, but unloved Georgian shops. I peeked inside one, and although it was completely empty, it wasn’t in bad order, and it appeared to have been properly re-plastered, but never decorated. 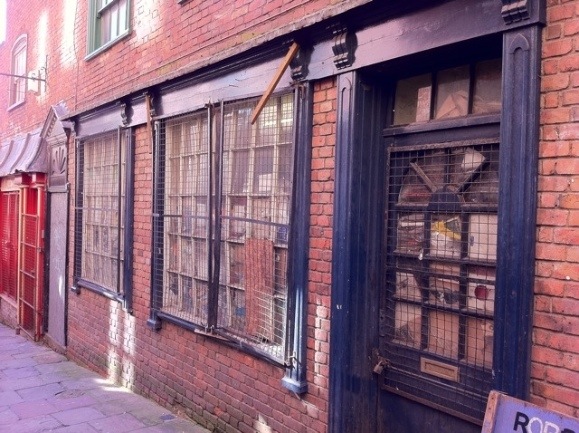 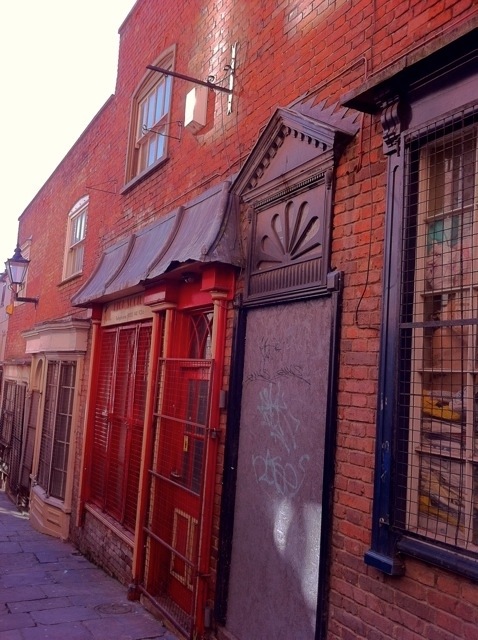 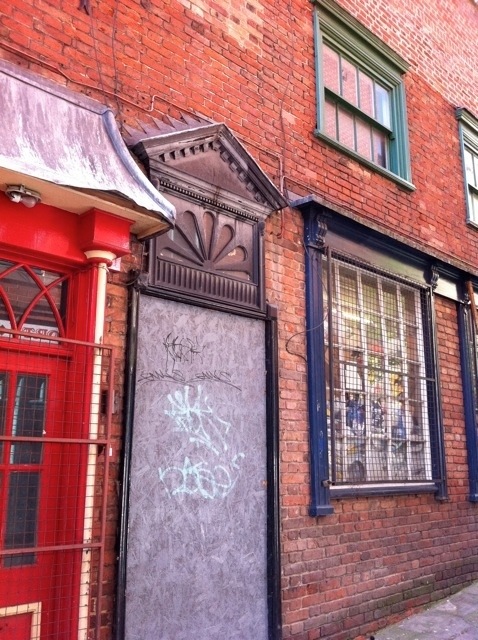 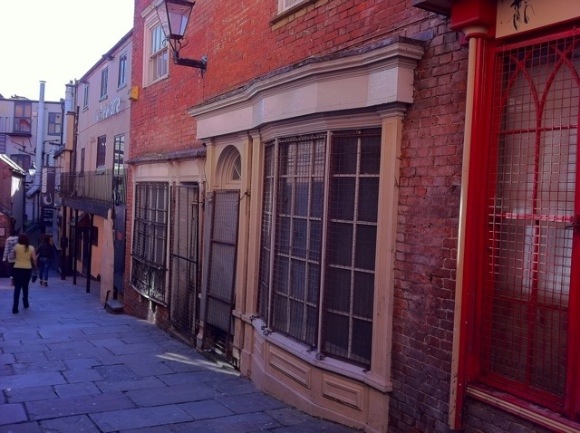 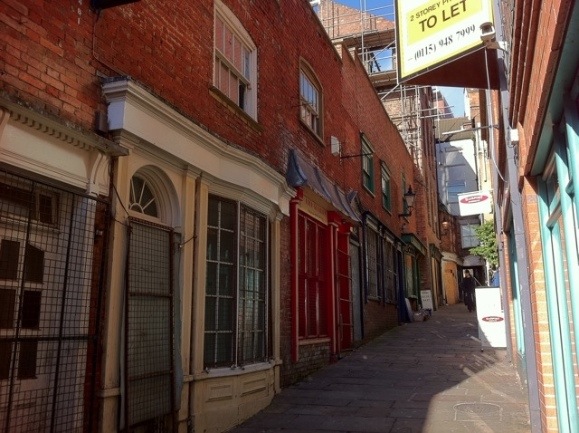 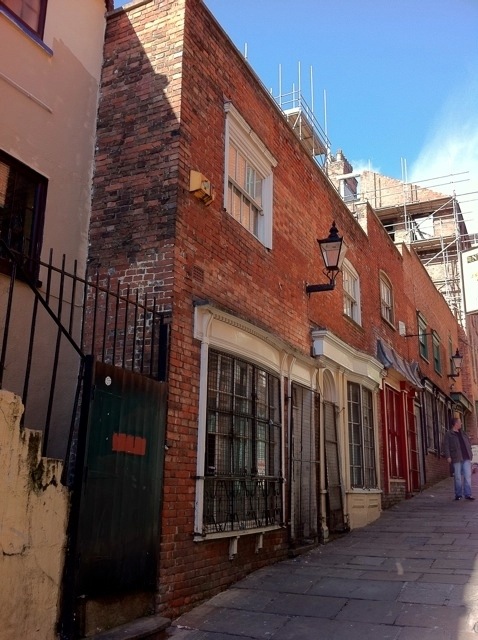 Here is a shot, almost at the bottom, looking up. 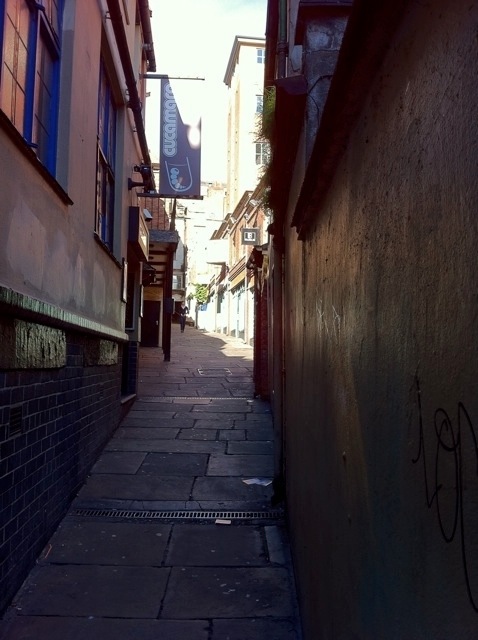 And facing down again – revealing a strange, squashed outbuilding. 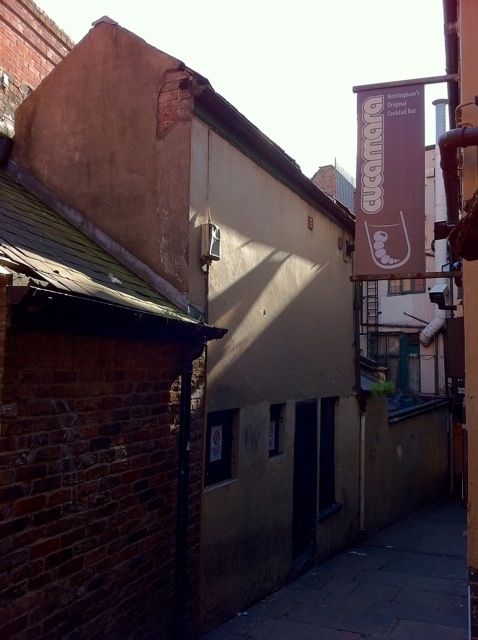 Nearly at the end, this is the back of one of the shops on the main road. 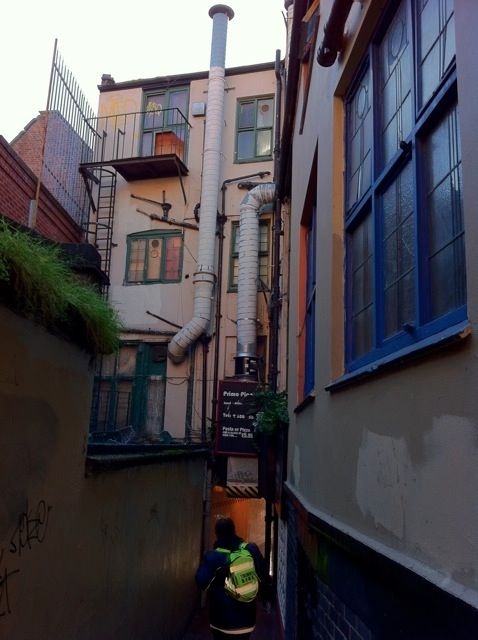 And then through the bottom passageway. Looking down…. 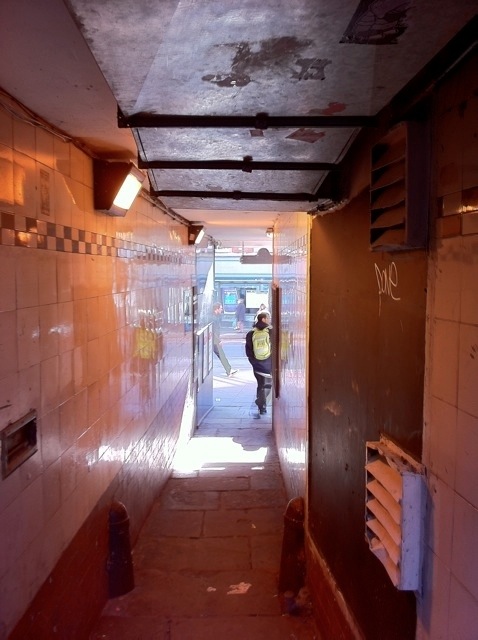 …and looking back up… 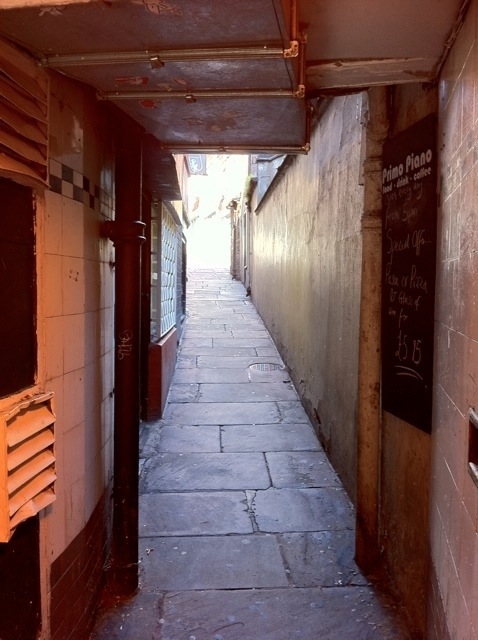 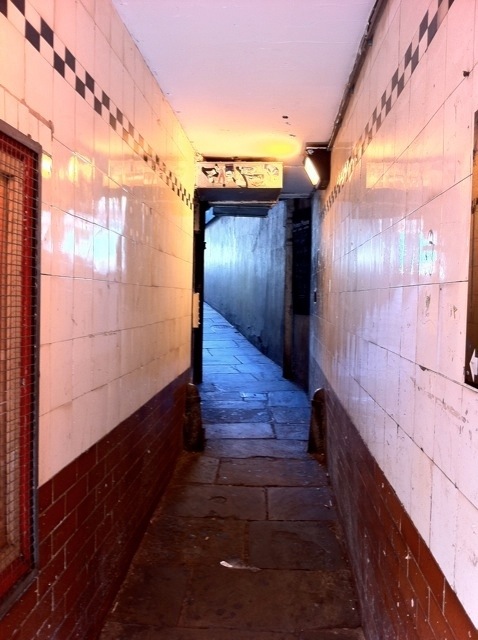 And back on the street, where another unremarkable entrance conceals a remarkable little piece of Nottingham 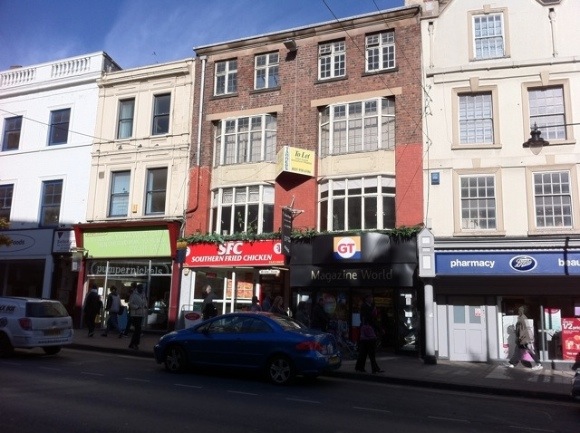 I hope you enjoyed this wander. If you know anything about the history of Hurt’s Yard, please get in touch via the comments, or to me at @thorn_waite on Twitter.

This entry was posted in Wanders. Bookmark the permalink.